Diksha is a unique and rare process of making the life of a disciple more pure, more enlightened and more successful. Generally, a human being remains under the sway of bad karmas of past lives which do not allow him to make the desired level of progress in spite of hard work and sincere efforts.

In such cases, nothing can work better than Dikshas to remove the baneful effects of past Karmas and propel a Sadhak onwards on the path of success. Just as a cloth has to be washed thoroughly to free it of stubborn stains similarly Diksha is a method adopted by a Guru to free the disciple of his mental, psychological and physical drawbacks so that he could make good progress with a free mind in the spheres of spiritualism and materialism.

Diksha is the foundation of a disciple, fuel of the spiritual life, completeness of the mind, basis of the fusion with Shiva and the path to reach one’s destination. This type of soul has three shackles-body, age and pleasure, which can be completely subdued by the help of Diksha. New energy can be transferred into the Sadhak, thus enlightening him and helping him in the success of Sadhnas and the realization of God.

i.e. The act, by which teachings are given and by which all kinds of animal instincts are demolished, which is granted by Gurudev in charity is known as Diksha.

What actually is Diksha?

It is a subtle transfer of the divine energy of a Guru into the heart, soul, and body of a disciple. This pure energy initiates a process of change in the person which ultimately leads to the destruction of all evil and negative tendencies and the spurt of creative and positive powers that encourage him to strive for the highest and best in both the spiritual and material fields.

When the Guru gives Diksha a flow of energy takes place from Him to the disciple, which can be in any form – spoken words in the form of Mantras, subtle radiation emitted from the eyes or gentle warmth from a touch on the forehead with the thumb. But the Sadguru is not limited to these means. Instead, He can transfer His energy across continents and give Diksha through the medium of a photograph as well.

But Diksha cannot be had so easily as it seems. Firstly only when one’s good luck is running does one have the inclination to go in for spiritual initiation. Then secondly one has to find or come across a real Guru who can transform one’s life. And even if one does one has to devote oneself fully to benefit from the Diksha.

Why Diksha is Important ?

Diksha is the foundation of every kind of worship and penance; therefore a Sadhak must always avoid long methods and adopt the easy way. Receiving Diksha is such a way. A Guru who cannot grant Diksha is not fit to be a Guru, he is a fraud. An Ashram without the tradition of Diksha is just like a desert. Unless there is an arrangement of transferring spiritual energy, it cannot be called an Ashram. A real Guru is the one who knows the methods of Diksha because it is the only power that transfers knowledge and wisdom into the disciple. Even though he is sinful, he is freed from all bondages.

In fact, Diksha is the greatest treasure, boon of life, basis of the fusion with Shiva and a system by which a human being transforms into Maheshwar. The Sadhak not only achieves divinity but also gets Gurudev’s power.

What is meant by Guru? The task of the Guru is to fuse himself with the soul of the disciple, so that his inner faults are demolished as quickly as possible, thus converting him into an enlightened being. The Guru can do this either by preaching, by giving Diksha or by the transfer of energy.

First of all the Guru preaches about the original state of the disciple. In fact, the disciple is full of faults and sins. He is totally impure. His soul is affected by all such shackles. As a result, he comes under the influence of Maya, which is a barrier to his success in Sadhna and the realization of God. The Guru shows us that such kind of animal life is useless. God has given us human form not to waste our life, but to know our potentialities. Only by wisdom can we understand how to make our life holy and sanctified. This wisdom itself is known as Diksha.

Diksha: A process of purifying life

Now a question arises, what the disciple must do to receive Diksha and the steps by which he must proceed?

Is it necessary to take Diksha periodically or only one Diksha is enough? Can the Sadhaks given to pleasures make their lives pure?

Can people living in adverse circumstances free themselves from the bondage of attachment, pleasure, and sin?

It is not at all possible for a normal person to avoid such things. He has to literally struggle for the achievement of worldly happiness. He cannot live on wild-berries in a jungle. It is his wish to perform pure Sadhnas and to be successful in them, even when he is living in an adverse atmosphere.

He wants to make his ambition come true with the help of Sadhnas.

It is possible because whenever the disciple thinks about Sadhna, it is clear that he has respect for Gurudev, has faith in the energy of Mantra and the techniques of Tantra, and thus wants to place, their fused energy i.e. Yantra, in his house, so that his wealth and success increase.

I have already cleared that Diksha is the greatest boon of our life, a charity given by Guru which is useful in laying the foundation and upbringing of life.

Diksha is differentiated into three categories according to the Tantra scriptures:

But these Dikshas are only suitable for people who have devoted their lives to Tantra. Hence they cannot lead a family life.

The right and perfect balance between Siddhi and Pleasure (Bhog) can be attained only by following the path shown by the Sadguru because people related to one’s life intentionally or unintentionally interfere into the personal life due to which the power of the Sadhna or its effects become feeble and minimized and success in the Sadhna keeps eluding.

The disciples should keep obtaining Dikshas in the same sequence as given in Shastras because each Diksha helps in sanctifying a part of his soul and this must be continued until all of some specific Dikshas are obtained namely- The Ten Mahavidya Dikshas – including Kamala, Kali, Matangi, and Tara, etc. For accomplishing the Sadhnas of the Mahavidyas, obtaining their individual Dikshas is essential, because during the Diksha the Guru transfers to his disciple a part of his infinite divine powers that help in the awakening of the dormant Shakti (energy) in the disciple.

Human life is the greatest boon gifted by mother Nature. According to the text “Vivek Chodamanni” composed by Bhagwatpad Shankaracharya, it is very difficult to be born as a human and still more difficult to become a Purush or a complete man. Only a person who becomes curious about the spiritual world and the science of Mantra and Tantra can be called truly fortunate because this can open the doors to totality for him.

But only a person who has found a Sadguru in his life can hope to make spiritual progress and attain to such an elevated state. The highest aim of human life is the realization of the self and of the Supreme. Till he does this he has to go through the cycle of birth and death again and again.

But for this realization to occur, it is necessary to free the body and the mind of all impurities. Only when one is physically and mentally pure does the divine energy that is within spurts forth and one has a glimpse of the immortal soul. It is very difficult for an ordinary person in the present age to attain freedom from these evil tendencies on his own.

For this, he needs the help of an accomplished Master (Guru) who can instill His own spiritual power into the person and destroy his weaknesses. This is an act of kindness and love that the Master (Guru) does and it cannot be repaid by wealth or gifts. In return, the Master (Guru) only asks for true love for the Divine and unwavering faith.

The process of instilling of His divine power into a disciple by a Master (Guru) is called Shaktipaat Diksha which can be done by a touch of the hand on the forehead, a mere look or even by gazing at a photograph of a remotely located person. Not every Guru is capable of performing Shaktipaat. He has to be a Sadguru, who is one among the elite Rishis and Yogis of the holy spiritual land of Siddhashram. One such great Guru worshipped even by the gods and goddesses and revered by all Yogis and Rishis is Paramhans Sadgurudev Swami Nikhileshwaranand who has transferred the elixir of His divine powers into millions of lives and saved them from perils and whose divine work on earth continues to be done by revered Guru Kailash Chandra Shimali at present.

In His own words – “I have given Shaktipaat Diksha to millions. There have been individuals who have never even read or heard about Yogic practices and Pranayam and yet after having got Shaktipaat they automatically started to perform amazing Yogic practices with the greatest ease. And more importantly each Sadhak performed the practice that would ensure his spiritual progress and none else.”

Through Shaktipaat Diksha amazing results have accrued for different Sadhaks – riddance from incurable diseases, debts and problems; the banishment of poverty and gain of wealth; employment for those without jobs; the marriage of those who were earlier unable to find the right match and many more. What more those desirous of spiritual progress have attained to the awakening of the Kundalini and gain of powers like clairvoyance and telepathy. In fact, nothing is impossible through Shaktipaat Diksha and it is a sure way of completely transforming one’s life for the better. 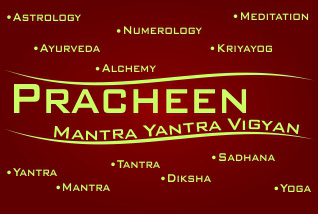