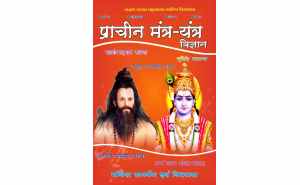 One who relieves and the one who takes Her devotees towards the light of knowledge and bestows name, fame, prosperity etc. is none other than Mother Goddess Tara.

The origin of the Goddess Tara is documented in the text Tara Rahasya. The legend begins with the churning of the ocean between the Devas and Asuras. When the Halahala poison emerged forth, it had such a powerful impact on the world that it threatened to destroy all Gods, demons, innocent beings and the entirety of the world. Lord Brahma, Lord Vishnu and everybody present there, all requested Mahadev to save the world. Acting on the request of his devotees, Lord Mahadev entered the Ksheer Sagar ocean, and took the powerful blue poison in his hands. However, before consuming the poison, Mahadev invokes his Shakti, his consort Parvati to help him in this time of adversity. Living in Kailash, Parvati who received her husband’s prayer, her eyes broadened and turned blood-red. She transformed herself into Goddess Tara. She ran as fast as she could to rescue her husband. Back at the spot, Lord Brahma and Vishnu and all the Gods and demons all watched intensely as Mahadev finally consumes the deadly blue Halahala poison. However, as he consumes the poison, he could not fight its powerful effect as it was making his face turn dark blue.

Lord Brahma and Vishnu were starting to worry about Mahadev not being able to fight the poison’s deadly effect as his face could tell very clearly that he was in a lot of serious pain. Then, the Gods and demons all heard a horrific bloodcurdling scream from miles away, it was none other than Devi Tara. Running as fast as she could to Ksheersagar, the Goddess’s footsteps made the whole world shake, quiver and tremble with fear. Finally, Tara arrives at Ksheersagar at the nick of time, providing relief to all. An upset Mahadev, with his face turned dark blue, was relieved to see his wife Parvati as Goddess Tara, knowing that she will help him free him from his pain from the dreaded poison. Enraged on seeing her husband about to fall unconscious and pass out, goddess Tara grabbed Mahadev’s throat with both of her strong hands and prevented the dangerous blue Halahala poison from going beyond his neck. She would not stop choking him until the Halahala poison had completely vanished from his face and the poison then reappears in his neck, unable to go beyond Mahadev’s throat. Mahadev was finally liberated from the pain, and praises Tara for protecting him.

Presented below are two sadhanas related to Goddess Tara which if performed on Tara Jayanti can bring a very positive outcome in life.

It is often seen that due to unfavorable circumstances, a person remains deprived from promotions in his life whereas his juniors get promoted. No matter how hard the person works, the efforts never gets appreciated. Under such a circumstance, the person starts to feel irritated and frustrated in life. It is a fact that a stagnant person’s soul becomes dull just like water becomes stinky when it gets stagnant. Under such a condition, this sadhana should be performed to erase misfortunes from life and to get promoted at your work place.

One needs Neelmani Tara Yantra for this procedure. Perform this sadhana after 10 pm. Take a bath and get into fresh white clothes and sit on a white mat facing South. Take a wooden plank and cover it with a pink cloth. Take a picture of Gurudev and worship Him with vermillion, rice grains, flowers etc. Light a ghee lamp and an incense stick. Pray to Gurudev for success in the sadhana and chant one round of Guru Mantra.

Next place Neelmani Tara Yantra before Gurudev’s picture in a copper plate. Worship the yantra with vermilion and rice grains. Chant the following mantra for 50 minutes before the yantra.

Drop the yantra in a water body after the sadhana. This completes the sadhana procedure and the person soon gets a good news at the work place.

Presented below is a sadhana of Mother Goddess Tara which if performed with full faith and devotion can bring a very positive outcome in the life of the sadhaks.

One needs Tara Yantra, Tara Shankh and Tara Rosary for this sadhana. Tara Shankh attracts Goddess Lakshmi in the house of the sadhak and the rosary provides the powers of the Bhairays. Perform this sadhana after 10 pm. Take a bath and get into fresh pink clothes and sit on a pink mat facing north. Take a wooden plank and cover it with a pink cloth. Take a picture of Gurudev and worship Him with vermillion, rice grains, flowers etc. Light a ghee lamp and an
incense stick. Pray to Gurudev for success in the sadhana and chant one round of Guru Mantra.

It is advised that the sadhak must include this mantra and worship of the Mother Goddess in daily worship ritual for best results. One needs a strong bonding the MahaVidhyas to get the most auspicious results and that needs some time to build up such a bonding. However, once done, then no shortcomings can ever come into the life of such a sadhak.

Maha Bhairav In You