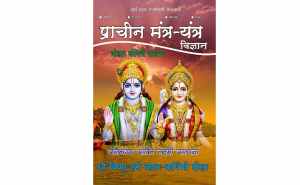 Eclipse hold special significance in Indian sadhana sect. It is a fact that a lot of things are prohibited during eclipse like eating food or drinking something. The reason behind this is the energy around us during eclipse is harmful. However, it is also a truth that even venom sometimes act as elixir and can provide life instead of death. Thus even though scientifically eclipse is not a good period to eat or drink, it is a highly energized time which is most rewarding for performing Sadhanas.

The significance of auspicious time can be inferred from this very fact that our ancient sages have written a lot of texts on time calculations. Not only this, we can easily find that eclipses were important in the life of some of the great incarnations. Lord Ram got initiated by His Guru Vishwamitra during the eclipse. Lord Krishna got initiated by His Guru Sandeepan during eclipse phase .

There are several wishes in the life of a Sadhak. An auspicious time like eclipse can fulfill any wish related to wealth, good health, position, fame, prosperity, Kundalini activation, completeness, charm and everything else which we wish to attain in life. A Sadhana performed during such an auspicious alignment of planets can never go in vain.

We all wish to live a long life, to see our family living happily, to have obedient children, to attain great success in business, to progress in our finances, have no troubles in our life, to remain healthy in life, to solve the various mysteries of the universe, to get an opportunity to enter into Siddhashram and to get the divine opportunity to see revered SadGurudev and many more.

Kali sadhana is indeed an unrivalled Sadhana. Every Sadhak has a keen interest to accomplish this Sadhana. Anyone who successfully accomplishes this Sadhana is able to nail down all his troubles, miseries, poverty and illness from his life. The Sadhak also becomes capable enough to lead a life of all the comforts, luxury and harmony. This Sadhana is equally beneficial for both ascetics and householders. Clubbed with the Diksha, the probability of obtaining success in this Sadhana and hence in life increases many fold.

In the Kaliyuga, it is only Kali Mahavidhya Sadhana which gives its results quickly and is a quick appeasing Goddess. Also this Sadhana is capable of eradicating all the troubles from the Sadhak’s life. Due to this reason only it is mentioned in the Shastras that –

Kaam: Fulfillment of all the desires.
Kala: Getting all the pleasures of life.
Kali: Freedom from all the troubles and becoming powerful in life.

Thus this Kaam Kala Kali Vidhya is capable of fulfilling all the desires of a Sadhak whether they are small or big.

There are numerous forms of Goddess Kali but the most prominent forms which are favorable for the Sadhak are “BhadraKali”, “ShamshaanKali”, “MahaKali”, “KaamKala Kali”, “DakshinKali” etc.

Mahakali Sadhana is considered to be acrid, which is only half truth. Her Sadhana can be performed in both acrid as well as in gentle form and worshiping Her in any means is equally rewarding to the Sadhaks.

Have a bath just before the eclipse and wear white cloths. Sit facing south and start your worship by first worshiping Lord Ganpati followed by worship Gurudev. Now place Kaam KalaKali Yantra in front of you on a wooden plank. Worship the yantra with rice, flowers, vermillion and pledge taking water in your right hand.

(leave the water on the ground).

Thereafter sit quietly on the mat with closed eyes and concentrate on the form of Goddess MahaKali. Gurudev will be initiating the disciples with His divine power during the eclipse duration and Sadhaks should try and assimilate the maximum positive energy during this time. Thereafter, perform Guru Aarti and Goddess Kali Aarti after the Sadhana.

Drop all the articles in a river or pond after this which concludes the Sadhana. Soon your lines of misfortunes will get erased from your fate and you will start seeing an abundance of fortune in your life.

One should get initated with Guru Diksha During this auspicious event. 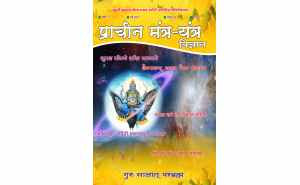