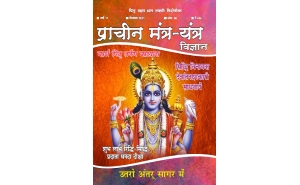 Oh Mother! The source of joy for the mountain king (Himavan), the gladdener of the Universe, the mystery of the Universe, the one worshipped by Nandin, the one abiding in the Vindhyas which is the best among the mountains, the source of joy for Vishnu, the one saluted by Indra, the one belonging to the family of Shiva, the one having the entire world as the family, the one granting more and more benefits. Oh! The daughter of the mountain, the one sporting beautiful matted locks of hair, victory to Thee, Oh, Goddess, the destroyer of the demon Mahisha.

Life means new surprises each moment and one never knows when a friend would turn into a foe or some person might assume a hostile stance. And if one wishes to launch a new venture one has to remain ever wary of mischief makers bent on throwing a spanner in the works. What more it might not even be an obvious enemy that one is up against. Posing as a friend could be a Brutus, eagerly waiting for a chance to stab one in the back.

One might well succeed in warding off the attacks coming from expected sources, but many catch one unawares and leave one struggling to keep life going on smoothly. Even if one is equipped with a daring spirit, one can possibly take on at most two or three foes at a moment. A series of attack coming from scores of sources instead of proving to be hearty competition could mean loss of precious time, energy, money and even health and life.

It would also be sheer naivety to expect such hatred and jealousy to spring up only at one’s work place, for even one’s home, family or circle of relatives could turn into a battleground. It is not uncommon to see a brother lust after one’s blood, or one’s life partner turn into a predator on trivial issues. Things take a plunge for the worst when these very close ones start to opt for low tactics like black magic, false libel suits and physical attacks.

Life becomes fraught with worries, constant fears, ill health and loss of wealth due to such negative influences in life. In such situations especially when no amount of wise counseling there is no other choice than seeking divine help. Sadhanas alone can help one overcome such persistent foes, for Vedic rituals are a wonderful source of Shakti or divine power which not just instils physical strength and stamina rather also strengthens one mentally and spiritually.

It’s a fact proved by hundreds of scriptures that one equipped with Mantra power remains invincible lifelong. And if one has tapped into the infinite source of Power and Energy, Mother Jagadamba, then nothing in  the universe could prove a threat to that individual.

The following Jagadamba Sadhana is an unfailing and fast way of turning foes into friends, removing all hurdles on the path of success, banishing all fears and dangers in life and nullifying the effects of all evil practices that might have been initiated by some adversary. A surge of courage, feeling of security, confidence and faith are gifts of this Sadhana which can help one overcome and defeat all problems in life in whatever form they might appear.

Try this powerful Sadhana on any day during Navaratris early in the morning between 4 am to 6 am. Have a bath and wear yellow robes. Sit on a yellow mat facing East or North. Cover a wooden seat with yellow cloth. Place picture of SadGurudev and offer rice grains, vermillion, flowers etc. to Him and then chant one round of Guru Mantra and seek success in Sadhana.

Next, place MahaaJagadamba Yantra on a mound of rice grains and offer on it vermilion, red flowers, incense. Light a ghee lamp. On its left on another mound place Shakti Khadag. Also offer some sweet made from gram flour on the yantra. Join the palms and chant this.

Next take some water in the right palm and pledge thus- “I (name) do this Sadhana for the pacification of all my foes. May Mother Goddess protect me.” Let the water flow to the ground.

Thereafter stand on the mat, with the Yantra in the right hand. Cover it with the left hand and closing the eyes chant the following Mantra for 15 minutes.

After this offer prayers to the Guru. Chant 5 rounds of Guru Mantra. Having completed the Sadhana take the Shakti Khadag in the South direction from your house and bury it in some isolated spot. Drop the Yantra in a river or pond.