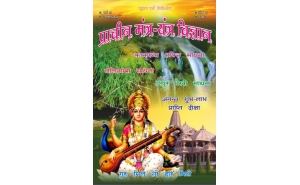 Once there lived a wealthy landlord, Bhai Manjh, who owned a whole village. He worshiped the tomb of a holy man named Sakhi Sarwar. But one day, he heard the Sikh Guru Arjan during a spiritual discourse which made such a profound impression on him that he decided to seek initiation from the Guru.

Guru Arjan was an omniscient being yet he asked him whom he was following at present, to which he replied the name of the deceased saint. “I will grant you initiation after you have gone back to your house and dismantled your worship room,” said the Guru.

Manjh ran to his house as fast as he could and tore down every brick of the room. A number of people who had gathered to watch him solemnly warned him, “Bhai, you will have to pay very heavily for the desecration of this holy room. We will have no more tie-up with you.” Manjh boldly replied, “I have done it willingly and am ready to suffer all the consequences.”

When he returned to the Guru, the Master bestowed initiation on him. But it was destined that he should be put to still further tests. Soon his horse died, then some of his bullocks. Thieves took some of his possessions. Then the people began to taunt him, saying, “This is the result of the disrespect shown to Sakhi Sarwar. You should go and rebuild the temple in your home.”

But none of this bothered Manjh. He said, “I do not care what happens. My Guru is omniscient, and he knows what is best for me. No matter what happens, nothing can shake my belief.”

But one misfortune then followed another, and before long he was not only destitute, but owed money to many people. All of them demanded immediate repayment saying, “Either pay us or leave the village immediately.” Many of his friends pleaded with him saying, “If you would only rebuild the temple, things would be sure to take a turn for the better.” But Manjh remained adamant and preferred to leave the village. So he and his wife and daughter packed up their few remaining belongings and found shelter in another village. As he had been a rich landlord, he had never had to learn a trade. But it was now necessary for him to earn some money, so he began to make his livelihood by cutting and selling grass.

Several months went by in this way, when one day Guru Arjan sent Manjh a letter which was delivered by one of his disciples. To the disciple, the Guru said, “Please be sure to demand twenty rupees as an offering before you give Bhai Manjh the letter. If he does not pay you, bring back the letter.” Manjh was delighted to see the letter, but he had no money to pay the fee. He asked his wife what to do and she said, “I will take my ornaments and those of my daughter and sold them to the goldsmith.” The goldsmith offered them exactly twenty rupees which was given to the disciple.

Manjh received the letter, kissed it and held it to his heart. At that moment he went into samadhi. But the Guru wished to test him still further, and so he told one of his disciples, “Ask Bhai Manjh to come to my ashram.” Manjh and his family ran to the Guru’s ashram and settled down there. They went to work in the kitchen cleaning vessels and cutting firewood.

After a few days, the Guru asked, “Where does Bhai Manjh take his food?” “He eats with all the rest of us, getting his food from the free kitchen,” replied one of the disciples. “It seems to me,” said the Guru, “that he is not doing real service, for then he would expect nothing in return for his work. He is charging us for his wages, which he takes in the form of food.”

When Manjh heard this from his wife, he said, “I want nothing in return for service to the beloved Guru, who has given me the priceless gem of my mantra. We will get our food by some other means.” So from that day onwards, he went to the forest each night to cut wood and sold it in the bazaar and used the proceeds to buy food. During the daytime, he and his wife continued to work in the kitchen.

Sometime later, Manjh had gone to the forest to cut wood when there was a great wind storm. The wind was so fierce that it blew him and his bundle of wood into a well. The Guru was aware of everything and called some of his disciples and told them to get a board and some rope and follow him to the forest.

When they reached the forest, the Guru said, “Bai Manjh is at the bottom of this well. Shout down to him and tell him that we will lower a board tied to a rope. Tell him to cling to the board and we will put him out.” He also added some words privately to one disciple, the one who was to call into the well. After shouting into the well, the disciple added, “Brother, see the wretched condition you are in. And it is all due to the way the Guru has treated you. Why don’t you forget a Guru who does such things?” “What? Forget the beloved Guru?

Never!” shouted Bhai Manjh. “And as for you, ungrateful one, please never again speak so disrespectfully of the Guru in my presence. It makes me suffer agony to hear such shameful words.” Manjh was then asked to catch hold of the board but he insisted that the wood be pulled out of the well first. “It is for the Guru’s kitchen and I am afraid that it will get wet and not burn,” he said.

Finally, he came out of the well and came face to face with the Satguru who said to him, “Brother, you have gone through many trials and have met all of them with courage, faith and devotion to the Satguru. Please ask for some gift or boon. You have earned it and it would make me very happy to give it to you.”

At this, Bhai Manjh fell on his knees before his beloved Master and with tears streaming down his cheeks, he exclaimed, “What boon could I wish for but you alone? Nothing else could ever be of any interest to me.” Upon hearing these words spoken from his heart, the Guru embraced Bhai Manjh and said, “Manjh is the darling of his Guru, And Guru is Manjh’s only love. Manjh now, like the Guru, is a ship that carries people safely across, The ocean of life and death.”

The above incidence shows how a disciple can attain greatness by showing utmost faith in his SadGuru. A SadGuru is that divine being who can make any common person just like Him, however, before doing so, He tests the disciple in all possible ways. He directly targets the weaknesses of a disciple to make him or her a better individual who can help the coming generations. A SadGuru knows what is best for His disciple and thus gives them commands accordingly. Those who can follow His guidance are the fortunate ones who can witness the nirvana and those not, are the ones who remain disillusioned throughout the life.

18th January is the incarnation day of our revered SadGurudev Shri Kailash Chandra Shrimali Ji and it is our duty to offer our love, wishes and gratitude towards Him on this day. Who knows, just out of love and devotion, like saint Bhai Manjh, SadGurudev might guide us on to a path which can help us to attain the goals of our lives. And what else will be left to be attained if a disciple gets blessed from his SadGuru on His incarnation day? 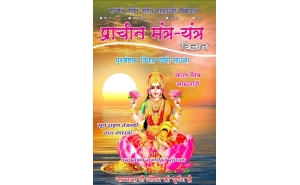