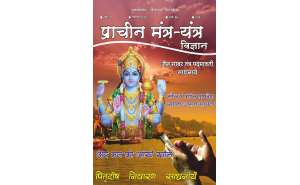 People of various sects take refuge in the shade of different religions in many different ways in search of peace, love, and harmony. Many attempts are made to simplify the goals of life by organizing large Satsang religious gatherings and discourses. However, upon encountering failures, either the person loses faith in religion or considering this as mere hypocrisy, starts renouncing religion. He becomes an atheist and ends all faith in God, Divinity, Guru, and again starts leading his life towards certain death by entangling within worldly deceptions.

History testifies that whenever man loses faith in his Guru, in God, or in nature, then frustration and despair increases in his life. The main reason for this distrust is the assumption of the Guru position by incompetent persons. In reality, the word Guru indicates knowledge-wisdom. There are no bounds or limits to the extent of the knowledge. Endeavors to confine or limit the expanse of knowledge-wisdom indicate the incompetence of the Guru.

Guru is like a mirror, who reveals the real-true image of the disciple to lead him on the right path. He activates his latent energies by liberating him from the fear.

These days, whenever we approach any Guru, we realize that his extent of knowledge is limited to some scriptures-Gita or some beautiful illustrations of Ramayana. Then the basic question naturally arises – whether they have such a consciousness of knowledge, to secure the life of their disciples through various aspects of life, thereby immersing them in the divine nectar of the knowledge and wisdom? Do they have the potential to grant full Divinity to the disciples … And not just provision, rather setting up the Totality-Divinity within their own self?

A person used to visit a sage regularly. His only request was that he should be able to witness divinity. He used to visit daily, sit, and express his curiosity regularly. Slowly he started getting frustrated and annoyed about his inability to witness Divinity, in spite of daily visits to the Ashram. meeting Him daily and enthusiastically participating in hymns-prayers. Initially, he kept his thoughts to himself, but the Guru is Guru, He was browsing his thoughts.

When his face started expressing this despair, one day the sage called him and asked the reason for his sadness. The man replied agitatedly that if he could not attain the realization of the divine spirit, if he could not achieve Totality, even in the divine presence of an exalted sage like Him, then what is the point of my approaching Him.

In response, the sage smiled and asked him to walk with him to the river. That person became happy, with the thoughts that today I will probably get some Diksha initiation and I will have a vision of the divine Brahman spirit. Reaching the bank of the river, the sage asked the man to descend into the river with Him and on reaching the mid-stream, he forcibly immersed his head in the water for a few moments. The person came up gasping and asked, “What is the meaning of this action of yours?”

In reply, the sage asked the man, What was the feeling in your mind when you were underwater? The person replied that he wished to get a chance to somehow breathe air. Then the sage said that the day you gasp similarly for God, you will get the means to meet Him.

Through the actions of Guru Diksha and Shaktipaat, the Guru also initiates intense agitating pressure in the mind of His disciple, and those who have any real longing for their favorite deity and Guru in their mind, attain perfection by meeting Brahman divinity at that very moment. Therefore, the sanctity of that conscious power is as pure as air. However, we will have to take action to become a real disciple first, to attain that state. We will have to create inner turmoil within our own self.

And people don’t even know about the process of becoming a real disciple, Even if someone possesses this knowledge, they still have to terminate the ego, the I within their own self, to grow discipleship within their own self. When that happens, the trust, Faith, and love for the Guru will automatically arise.

Therefore, it has been rightly said that attaining discipleship is not only a difficult task but an almost impossible one. Discipleship is the act of ending one’s life, to terminate one’s own existence. A worthy disciple imbibes himself with the Guru’s divine spirit so much, that he ends his own self, and then the Guru Himself stands in his place. All duality ends and the sense of Advaita comes. The merger of nature within nature, the Divinity Brahma within Divinity Brahma, and of infinity within the infinity, is the real discipleship, the Guru-tattva and Param-tattva Itself.

Urn within Water, Water within the Urn,
Water inside out.
Urn cracks, water water everywhere,
So spoketh the wise.

And when such an event occurs in the life of a disciple, he achieves the ultimate goal of life. The initiation of the Advaita Bhava automatically initiates the activation of his Kundalini. He is then able to become the Kadamba tree, under whose shade, the entire world, the entire mankind, and society experiences happiness and peace, receives the coolness of knowledge, shines in the moonlight of divinity, and abides in the divine Mansarovar of immortality.

Achieve the objectives of life by breaking the bonds of this lie, deceit, attachments, and delusion … and then the insatiable people of this society will automatically say – “Let’s go towards the shadow of Kadamba“. 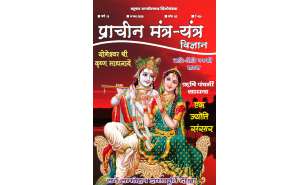