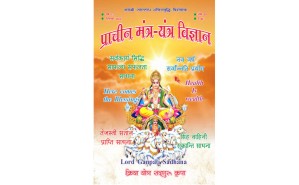 Guru Matsyendranath was such an accomplished Yogi. He is still worshipped as a God in Nepal. Lord Matsyendranath received the secrets of Yoga from none other than Lord Shiva. Being a Yogi, Matsyendranath used to beg at some house or other and ate whatever he got. Most of the time, he used to remain in lonely forests and practice Yoga.

One day as usual he went to a house and asked for alms. A lady came out of the house. Seeing vast unhappiness on the face of the lady, Guru Matsyendranath inquired about her grievance. The woman said: “Holy Sage, I don’t have a child even after several years of marriage. Everyone considers me as a dead womb. Has God written this misfortune of remaining childless in my life? Isn’t it possible for me to have a child at all?” Matsyendranath pitied the lady and gave her some sacred ash and said: “Take this ash and swallow it. You will soon be blessed with a child.”

The lady was overjoyed by the grace of sage and told this to her neighbor. The neighbor said: “Do you really believe in these sages? Haven’t you heard of so many fraudulent activities carried out by them? Some of them are real cheats!” Listening to these words, the lady threw the sacred ash away on a garbage heap at the back of her house and forgot all about it.

Twelve years later, Guru Matsyendranath visited again the same house. He asked the lady, “How is your child doing?” The lady told him what had happened. Matsyendranath asked her, “Where did you throw the ash?” She pointed, “There, on the garbage heap.”

Matsyendranath went to the garbage heap and prayed for a while. Then he called out: “Son, come out of this pile of garbage.”

From the garbage heap, came out a boy of twelve years. Seeing him, the lady fell at the feet of the Yogi and begged for forgiveness. Matsyendranath took the boy away with him. This boy was Gorakhnath who is considered one of the greatest disciples of Guru Matsyendranath.

However, Gorakhnath didn’t become a great disciple just like that. He was tried and tested by Guru Matsyendranath several times. One such story is mentioned below to show how committed Gorakhnath was toward his Guru. One day the Guru and the disciple went to a house to beg for alms. There was a feast in that house at the time. So, the lady of the house gave them excellent food. The next day, Matsyendranath told Gorakhnath: “Son, go to the same house, and ask for the same kind of food. I liked the dishes”.

As per Guru’s desire, Gorakhnath went to the same house and asked about the same food. But the lady said: “Yesterday we had a feast. So, I gave you the food I had. There is no special celebration today, so I don’t plan to cook those delicacies!”

Listening to the words of the lady, Gorakhnath requested, “Mother, my Guru wants to have the same food today too. It is my duty to get it somehow, so I am standing here before you and requesting you to please offer us the same food.”

The woman got angry and replied, “If your Guru asks for your eyes, will you pluck them out and give them to him?” The boy replied without a single bit of hesitation, “Yes, I will.”

The lady said, “Then here’s the deal. You give me your eye and I will give you the same nice dishes that I offered you people yesterday.” Listening to these words, Gorakhnath was delighted. He had a brilliant opportunity to serve his Guru and fulfill his desire. At once, he started to pull out his eyeballs.

It didn’t take any time for the Guru to find red and swollen eyes of the disciple. He inquired, “Son, what is the matter with your eyes?”

Gorakhnath told his Guru everything that had happened. Matsyendranath smiled and said, “I wanted to find out how strong is your devotion towards me and now I am satisfied.” Thereafter Matsyendranath taught Gorakhnath all the secrets of Sadhanas & Siddhis!

This is the only way how a disciple can please his Guru. One needs pure heart, dedication & affection towards the Guru to attain anything significant in life. Mere chanting Gurudev- Gurudev without any affection will not transform you into anything extraordinary. And the fortunate ones, the ones who have assimilated the Gurutva in their life, the ones whose thoughts get united with the Guru, are the ones who can attain everything in life.

Another story related to Guru-disciple relationship follows hereafter. Ibrahim Adham was the king of Bokhara in Persia. He was very fond of the spiritual way of life and always sought the company of saints. However, he lived in such luxury that he slept on a bed that was at all times covered with one foot of flowers.

One day, when he was about to lie down, he heard a noise on the roof of the palace above his room. On investigation, he found two men roaming up there. “What are you doing here?” he asked them sharply

“Sir, we are camel drivers and are searching for our lost camels,” they replied. Amazed at their stupidity, he said to them, “How do you ever expect to find camels on the roof of a palace?”

“In the same way that you are trying to realize God in your bed of flowers,” they replied. This reply greatly shocked the king and changed his way of life completely. He left his kingdom for India to find a realized Guru. When he reached Kashi, he heard about Kabir. Going to his house, he asked him to accept him as a disciple.

Kabir said, “There is nothing in common between a king and a common weaver like me and two such different persons could hardly get on together.” But the king pleaded with him and said, “I have not come to your door as a king but as a beggar. Again, I beg of you the boon which I seek.”

Loi, Kabir’s wife, asked him to accept the king and so Kabir acceded to her request. The king was given the menial jobs of the house like cleaning the wool and thread, bringing water and firewood etc. Six years passed and the king did all the work with utmost sincerity.

One day, Loi requested Kabir, “This king has now been with us for six long years, has been eating what we offered him, and has been doing what we have ordered him to do, without uttering a word of complaint. He appears to be highly deserving of initiation.” Kabir said, “As far as I can see, the king’s mind is not yet crystal clear.”

Loi again requested Kabir saying that she could not believe that he was unfit for initiation. Kabir then replied, “Just to check if he is still undeserving, please go on the top of the roof and as the king comes into the street, throw the entire sweepings of the house upon his head.”

Loi did as she was told and as the rubbish fell on the king’s head, he looked up and sighed, “If only this were Bokhara, you would not have dared do this to me.” Loi returned to her husband and told him what the king had said. “Didn’t I tell you that the king was not yet fully deserving of initiation?” said Kabir.

Another six years passed during which the king worked just as hard as he had during the first six. One day, Kabir said to his wife, “Now the vessel is completely ready to receive the gift.”

His wife said, “I do not find any difference between the condition of the king six years ago and now. He has been ever dutiful and willing and has never uttered a word of complaint even on days when there was not enough food to feed him. Kabir said, “If you want to see the difference, you may once again throw the rubbish on his head.

The next day when the king was going through the street, she threw the garbage on the king. The king looked up and said, “This mind was still full of ego and had to be treated this way. May God bless you.”

Loi then went and told her husband what the king said. He called the king and looked deeper into his eyes. As a result of the initiation given by Kabir the king got enlightened at that very moment.

The above incident explains that for a realized Guru, there is no difference between a king and a pauper. The only wish that a Guru lives with is to take His disciples to completeness so that they can themselves become divine being just like the Guru.

I offer my prayers into the holy feet of my divine Guru who enlightened me with His divine knowledge and took me away from the darkness of ignorance.

The incarnation day of a SadGuru is one of the most auspicious days for the disciple. On this day, the disciple can attain anything that he or she seeks in life – good health, wealth, prosperity, child, compatible life partner, secret sadhanas & even the rarest of the Diksha. All that the disciple needs to do is to reach into the holy feet of Gurudev with pious thought and love towards Him!